MADCON is pleased to announce that we have partnered with Tristar Group in India.  This strategic partnership will allow MADCON to expand our proprietary and technical repair methods to India for both offshore and inland/civil works.

Tristar Group is a leading Infrastructure Company based in India. The group is dedicated to raising standards in construction industry since the time of inception (Year 1999.) The company has made an unmatched contribution to Civil Engineering landmarks around the country in such widely divergent areas as Energy, Hydro Power, Commercial & Industrial Buildings, Group Housing, and infrastructure projects such as  Airports, Metro, Roads, Jetties, Ports, Irrigation, & Offshore Platforms.  Tristar is one of the prominent solution providers and rapidly growing Infrastructure Company. With an organizational strength of more than 175 people on roll and having offices in various cities within India, and offices in Bhutan and other overseas operations. 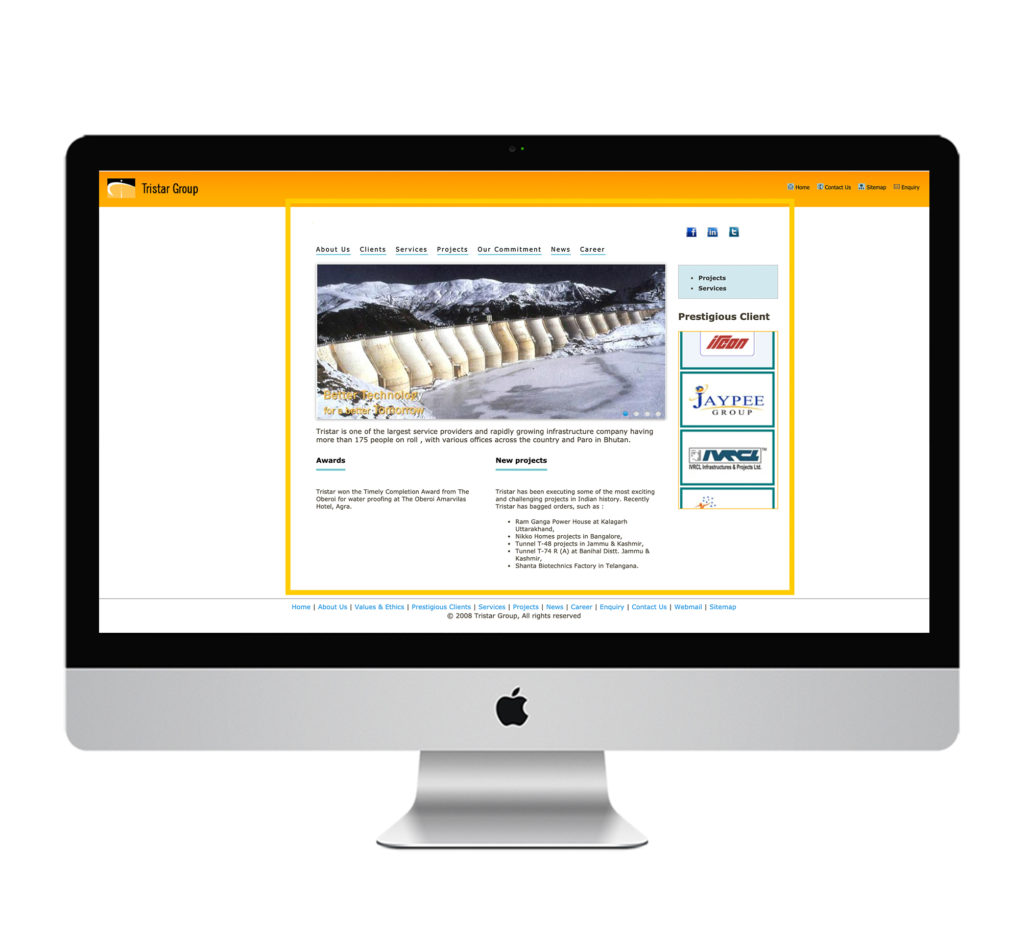